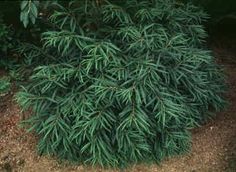 First of all, Sweetfern, Comptonia peregrina is not a fern at all, but actually, a shrub that is in the bayberry family. The leaves, which are very aromatic, are fernlike in their appearance. An extremely useful and adaptable native, it can grow in a variety of soils in full sun to part shade. Often, due to its spreading and colonizing habit, it used to stabilize slopes or other disturbed sites. Since it fixes its own nitrogen, is drought tolerant, withstands the wind, and can thrive in poor gravelly soils, it is often used in commercial and municipal projects. But it is also very useful in the home landscape. The deep green foliage is an attractive addition to any design that keeps in mind its ability to spread. Once it attains its mature height of 3′-5′, the plants tend to not get any higher, making a hedge that requires very little pruning. In spring the yellowish green flowers are not striking, but very interesting. These are followed later in the year by small edible nutlets held inside a fuzzy casing. The leaves can be used for a tea and many medicinal applications including, but not limited to, astringents, tonics, and the relief of the effects of poison ivy. This is one very tough native that should be considered more often in the residential landscape. We’ll have plenty of Comptonia here at the nursery this spring. If you are looking for an aromatic native with multiple uses, put this plant on the list! It’s a gem! 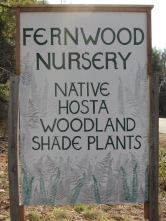